Tree regeneration following even-aged silvicultural methods in the evergreen forest type (EFT) has been scarcely studied in Chile, although this is the largest forest type in a region of highly productive native forests. In 1981/1982 a total of nine 1.44-ha experimental units with old-growth forests of the EFT were subjected to block clearcutting (BCC), strip clearcutting (SCC) and reserve shelterwood cutting (RSC) methods (three replicates in each case) in the Andes range in south-central Chile (41°35′S–72°35′W). The resulting second-growth forest stands following these cuttings were evaluated in terms of composition, density, basal area, mean diameter and height after four and 26 years (432 4 m2 plots in 1986, and 78 100 m2 plots in 2008). Four years after cutting, there were >one million tree seedlings per hectare in more than 10 species. In all experimental units one shade-tolerant species (Amomyrtus luma), one midtolerant species (Eucryphia cordifolia) and two very shade-intolerant species (Embothrium coccineum and Weinmannia trichosperma) comprised between 69 and 74% of the total density. The SCC favored a greater relative dominance of all the more shade-tolerant species, and the BCC treatment was more favorable for pioneer species (in addition to E. coccineum and W. trichosperma also Drimys winteri, Caldcluvia paniculata and Nothofagus nitida). At age 26, the short-lived E. coccineum dominated in all treatments, and its major coexisting species in terms of tree density were the midtolerants D. winteri, Eucryphia cordifolia and N. nitida, and the shade-tolerants Laureliopsis philippiana and A. luma. However, the BCC significantly favored the development of N. nitida and D. winteri (three times more basal area than in the other treatments), which might be explained by increasing soil moisture that occurs in this region following this type of disturbances. While these treatments did not show significant differences in mean diameters and dominant height, the BCC and SCC treatments allowed denser, diverse and well-stocked second-growth forests compared to the RSC method, illustrating the differences between truly even-aged and two-aged silvicultural methods upon these variables. Overall, these forests show a high resilience, rapid reorganization and high productivity following the application of even-aged silvicultural methods. 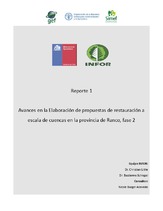